Agthia Group, one of the region’s leading F&B companies and publicly traded semi-government entities on the Abu Dhabi Securities Exchange, is committed to supporting a sustainable future as part of their core business pillars and priorities. As part of their R&D efforts to underscore their commitment to the environment, they developed the region’s first 100% plant-based water bottle, the Al Ain Plant Bottle. In order to raise awareness on their sustainability efforts, as well as their innovative region’s-first product and drive results, Havas DXB developed a PR strategy with its Meaningful Brands Identity POV at the core.

Based on all of our research, our strategy centered around Havas’ recommendation to launch the region’s first plant-based bottle, Al Ain Plant Bottle, on the side-lines of Gulfood 2020 by organizing a press conference.  Havas worked extensively with Agthia to create a robust PR and Communications plan to build the brand’s reputation in the market. The strategy focused on leveraging Agthia’s strong relationships to build trust and amplify the news.

We worked with their sustainability partner, global resource management leader, Veolia, as well as with the UAE Minister of Climate Change and Environment. Having the Minister’s buy in and support would support the announcement by bringing a government body’s voice to be part of the discussion and the endorse Agthia’s latest innovation and what it is set to do in the region.

Veolia and Agthia had recently signed an MoU which outlines the development of a new app where users can utilize to schedule recycling pick up and drop off from the comfort of their home. Veolia’s robust waste management system would also later have the capabilities to dispose of The Plant Bottle in a sustainable way. We wanted to bring the three entities together on one stage during a press conference where the announcement would be made and the opportunity for media to ask questions in an open dialogue format would help with the success.

We made sure to leverage partnerships with paid digital PR accounts, such as UAE Barq and Net AD, platforms focused on government announcements and the latest happenings in the UAE business environment.

The press conference was opened with a keynote from H.E. Dr. Thani Al Zeyoudi, the UAE Minister of Climate Change and Environment. He stressed the importance of sustainability in the region and reaffirmed the government’s commitment to work with companies such as Agthia to realize the Government’s vision for the environment. This was followed by Agthia’s CEO unveiling the innovative Plant Bottle for the first time, and why it is set to make an impact on the region from a sustainability perspective as consumer preferences continue to shift for better options. Right after, the leaders of Veolia made the announcement revealing the strategic partnership between their company and Agthia in order to develop the app to further support the environment with easy ways for consumers to recycle.

In the lead up, our execution was solid and agile at the same time. We worked tirelessly to secure interviews ahead of the press conference, assemble strong press packs and media goody bags with suppliers. Furthermore, we had to craft specific news angles and hooks across different magazines and dailies, and tweak messaging accordingly, all whilst dealing with last minute changes and delays, as well as schedule changes. We also had to manage day of radio interviews in broadcast studios and had to drive and prep the CEO on the way to Media City from the exhibition hall.

Ahead of the press conference, Havas secured 26 interviews from top tier publications in the UAE, including The National, Al Bayan, Bloomberg, MEED, Gulf News, The Sustainabilist, Al Ittihad, as well as broadcast outlets such as CNBC Arabia, and Dubai One TV, to name a few. The interviews on ground were successful and resulted in additional interview opportunities later in the year as a follow up as well.

The results generated from the launch event surpassed the KPIs set by Agthia and became a milestone in the company's journey as a meaningful brand in the region. The announcement and press event generated 80+ clippings across TV, print and online, garnering an AVE of $341,643. Not only did we achieve blanket coverage in the UAE, the announcement reached tier 1 titles across the GCC and even landed on a tier 1 international news portal based in the U.S. 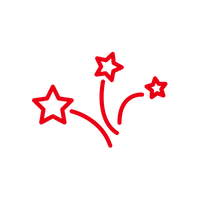 Furthermore, Agthia has been top of mind for media in the region, regularly reaching out to us for commentary from their CEO on sustainability related topics and interviews with regards to the F&B industry in the region